After dazzling a select roster of indie cinephiles at GMAC's Café Flicker in 2015, Cosmico had its second Scottish screening at the renowned Glasgow Film Theatre. C.J. Lazaretti's multiple-award-winning animation shared a bill with four other shorts as part of the last 2016 date of Blueprint: Scottish Independent Shorts, held at the GFT on December 15th.

Underlying the bill was a loose Christmas theme, reflected not only on the irreverent religious satire of Cosmico, but also on other films like Ryan Hendrick's charmingly poignant Perfect Strangers, a clever road movie in which two sourpusses stranded in the Highlands have to pool their skills and improvise in order to find their way back home on Christmas Eve. 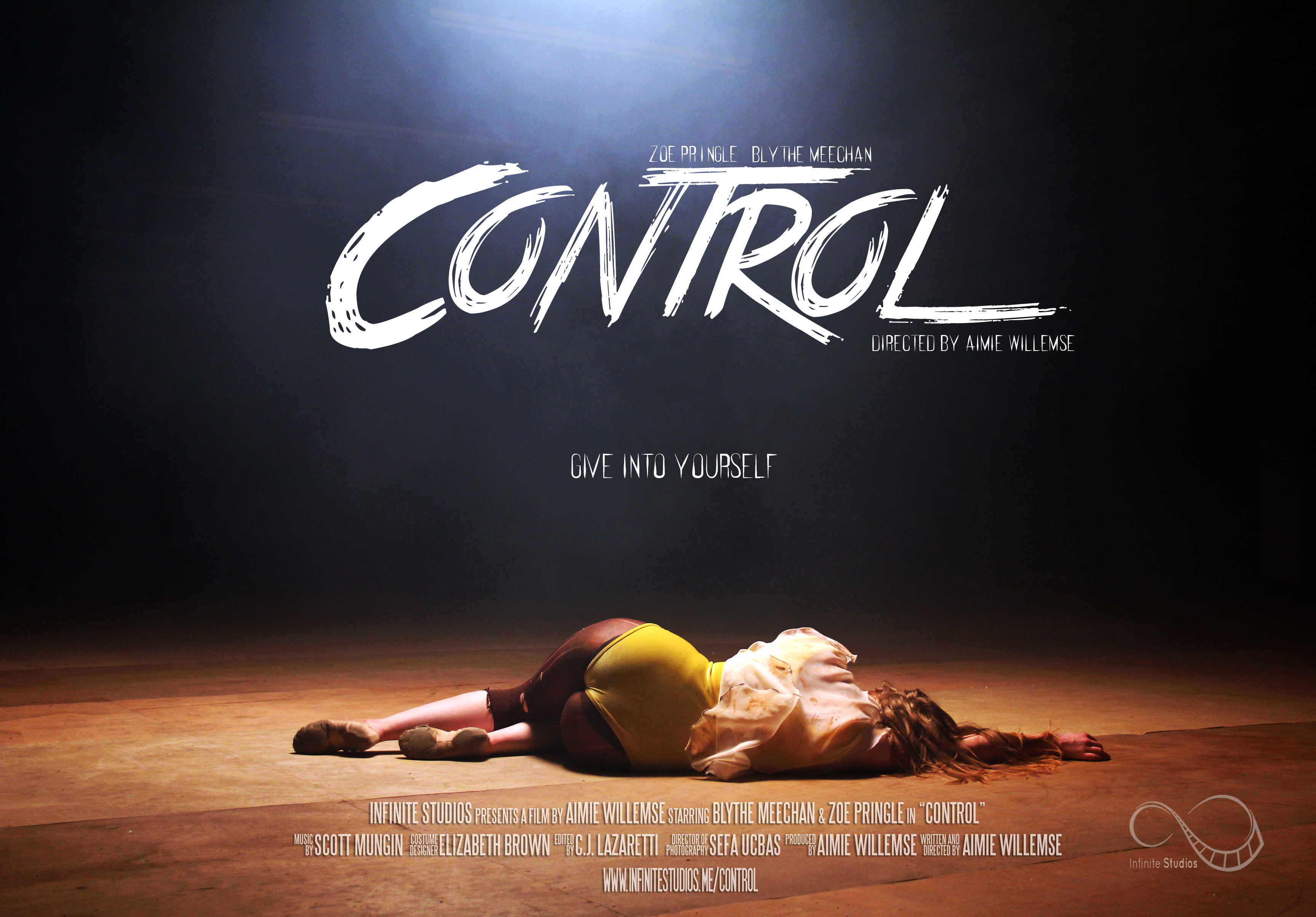 A highlight of the event was the world premiere of Control, a dramatic exploration of two conflicting sides of a woman's personality enacted through the medium of contemporary dance. The bracing short film is the latest addition to the portfolio of C.J. Lazaretti, primarily a film editor, who was joined at a Q&A after the screening by Blythe Meechan and Infinite Studios' Aimie Willemse, the leading performer and director of Control, respectively.

"I'm very proud of Control," says Lazaretti. "It's Aimie's film, but looking back at the magnificent challenge of editing its sophisticated wordless narrative — and at the stunning end result — I can't help but feel it's my baby as well. To see it playing so beautifully on GFT's second biggest screen, with state-of-the-art digital projection, and in the company of my own directorial debut Cosmico, is a unique pleasure. It's also a testimony to the great opportunities that Scotland offers to independent films, thanks to local institutions like Blueprint and the GFT, who believe in artists like Aimie and me."

Blueprint, a quarterly event dedicated to short films made in Scotland without funding from public or educational institutions, returned to its usual home after a one-off engagement at Glasgow's CCA. The Glasgow Film Theatre, a listed building celebrated for its architectural importance as well as its peerless contribution to the history of cinema in Scotland, keeps a regular program of remarkable diversity. In its three screens, patrons have long enjoyed a wide range of films on offer, including everything from European indies and socially aware documentaries to anime retrospectives and recent Hollywood blockbusters.

The post-screening Q&A was hosted by Matt Lloyd of the Glasgow Short Film Festival, one of the organizations that support Blueprint. Answering questions from Lloyd and the audience, Lazaretti drew prompt laughter with his anecdotes from the three-year run of Cosmico at the international festival circuit — almost as much as the film itself did, with its tongue-in-cheek surreal shenanigans poking fun at Christianity, Islam, Judaism and other major world religions. After three awards and nine festival screenings on both sides of the Atlantic, the short animation has polarized audiences, earning its fare share of acclaim as well as hostility.

"At a London screening in Bethnal Green, where I was living at the time, Cosmico was booed unanimously by a 30-strong audience," remembers Lazaretti. "At its latest outing at the GFT, the crowd was laughing throughout the film. I live in Glasgow now, so perhaps a prophet is not always without honor except in his hometown. And neither am I, apparently." Other filmmakers present at the screening included Myke Hall, co-founder of independent network Glasgow Film Crew. Also in attendance was Francis Macdonald, drummer for British rock band Teenage Fanclub and composer for many TV productions (BBC's A Family Divided, Sky's Starlings), who joined others in praising the short film's controversial humor. "Cosmico really made me laugh at the GFT last night," Macdonald wrote. "I loved it."

No film can please everyone, something the director of Cosmico is keenly aware of, especially when considering the different kinds of reception that the film has met with internationally. "Spontaneous feedback is always invaluable, whether it's favorable or not. But from all the reactions my film has attracted, laughter is the most invigorating," says Lazaretti. "To laugh at the iconic religious imagery of Cosmico is in many ways to laugh at ourselves, at timeless pieces of our cultural identity that stem from centuries of faith — centuries of spirituality that have shaped us as much as we have shaped our gods. And if there's one thing we need urgently, while religious taboos and intolerance keep proliferating as they have in recent years, is to learn not to take ourselves too seriously."

Blueprint will return in 2017 with a new season of Scottish short films. Check the event's website for news and upcoming dates.

Back to Cosmico main page